We are Made Photography.

Made Photography is a multi-award-winning Commercial and Advertising photography studio based in Glastonbury, Somerset. Situated in a stunning converted barn the studio was opened on the 30th of January 2013 by creative photographer, Neil Bremner.

I was born and raised in Scotland and have worked in photography since I left school in 1994. I moved to London where I assisted some of the best Advertising photographers in the UK. I then moved to my first professional role with the countries leading family portrait franchise in 2002.

After 6 years, I wanted a break from working weekends and so I moved into a management role for a marketing firm in Buckinghamshire. In June 2010, my first daughter was born and shortly after, we made the move to Somerset. I had really missed photography over the previous few years and decided that it was time to launch my own studio. At the beginning of 2013, Made Photography opened its doors. 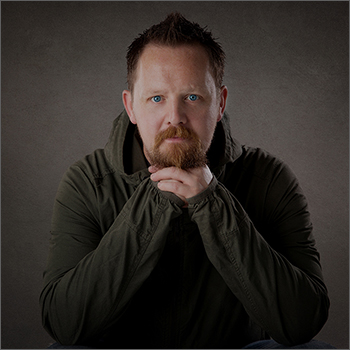 Our Pricing for commercial work is as follows:

All Digital Photography requires an element of Post Production work but the amount is determined by what the end goal is.
Post Production will be a part of the time required.

If you only require a single product to be shot then the cost works as follows:

Please be aware that products need to be in perfect condition with minimal retouching requirement and any props required for more eye catching images should be provided. Any purchase requirements will be at your own cost with your prior approval.

Our Pricing for head shots is as follows:

£95 for single person in Studio

With Multiple Staff, please refer to the general pricing. Within the studio, you can capture up to 6 people with a single outfit within the 1 hour cost.
When shooting on location, please be aware that travel time, setup time and dismantling may play a factor in the total shooting time requirement.

Post Production will be a part of the time required.

Once your images have been completed, they will be uploaded to a Dropbox folder for you to access. Within this older, you will receive the images in both Low Resolution and High Resolution.

We don't apply any restrictions on you for the use of your images so these can be used both online and in print form.

If posting to Instagram, we do hope you will Tag us within the images. If you have any printed materials that you can share with us, we love to see them so we can perhaps show a finished product on our Blog.

1 Get in touch and tell us about your marketing strategy for the coming few months. Let us know what you're hoping to achieve and how you want us to help you. We can then quote you on how long we feel this will take and start looking at potential dates.

2 On the day, we'll capture the variety of images you require and within the following week, we look to get them retouched ready for use. These images are uploaded to a Dropbox Folder both in High Resolution for print and Low Resolution for online.

3 If once you've seen the images, there are any additional tweaks you wish to have made, get in touch with Neil and he will sort that for you. Any extreme retouching may incur a charge but simple amendments will be done free of charge.